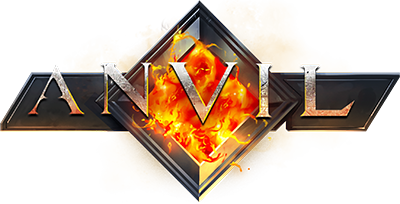 The glorious city of Anorok has fallen.

Once boasting the best crafters in all of Amelor, the jeweled city is divided in districts that used to support the crafting techniques and needs of the artisans that resided within. But the central district that houses the Temple Forge known as the Sunforge was the location of the breach; a project gone wrong, perhaps, that caused a rift straight into the realm of Pestilence, and let its diseased monstrosities cross through to the world.

Now, after an urgent blockade and a desperate cleansing campaign that required exorbitant effort and many sacrifices, four districts of the city have been reclaimed. And by utilizing the workshops within, the heroes of the land will push back against the tide of Pestilence, to close the rift once and for all.

The Kaerns, masters of stone and metal and inventors of an impressive array of material handling techniques and alloys, have settled at the Twilight Forge to the west of the city, fanning the flames and restocking their workshops in order to salvage what materials they can and craft the best there is to outfit their heroes.

The Vestiges, innately attuned to the forces of the Ether, returned to the Prism, a combination of a massive library and etherforge. There they can research weapon and armor schematics, as well as enchantments, and utilize that knowledge as they do best in order to make the simplest blade into a legendary edge to strike against the Pestilence.

The Miraels cleansed the Solis Grove to the eastern side of Anorok, grown there ever since the masters congregated to the city. Now pure once again, it can grow their unique kind of armaments to outfit their heroes with steelbark shields, leathervine armors and weapons of wood that can pierce rock, as well as allow materials buried to its roots to grow into bulbs that contain their rare, refined forms.

The Beastfolk, most at ease with adapting to extreme conditions, have resettled to the Dais Artis, the largely modular district that can handle just about any task given time, as well as lend its structure to the uniquely multi-use armaments that some of the most exotic arts of war require. Closer to the rift, but also better able to move around, the Beastfolk also take care of transportation, messaging, and trade, among the brave souls that face the threats of Anorok as well as their support from the outside.

Now go.
Equip your heroes with the best armaments you can forge, so they can push back against the incoming horde. Salvage what materials you can, refine them into exotic alloys, trade your surplus for what you need, research advanced schematics, and craft legendary arms. The source of the problem must be found, and it must be dealt with.

Push back the Pestilence.
Seal the rift, reclaim Anorok, and cleanse the land.
Write your name in legend.