Luna Park Word is an idea born out of a father’s desire to create a board game for his young daughters, almost five years ago. The kids grew up and so did the game. The white paper was replaced by a high quality illustrated board and the coins , which were used to represent the kids gave their initial place to well-designed teenager sketches which eventually turned into some nice miniatures. We revised the rules and added gameplay features to make the game even more solid and interesting. After countless nights of playing Luna Park World head to head here in JinxSoft, we decided that it was too good and too addictive to keep it for ourselves. During the last two months, we have been having more than a hundred gameplay tests from various age groups to ensure the potential of our endeavour. So this September our first tabletop attempt will be submitted to Kickstarter, a well known funding site and here we are asking for your backing and support to improve and produce one of the most fun games you will ever play! 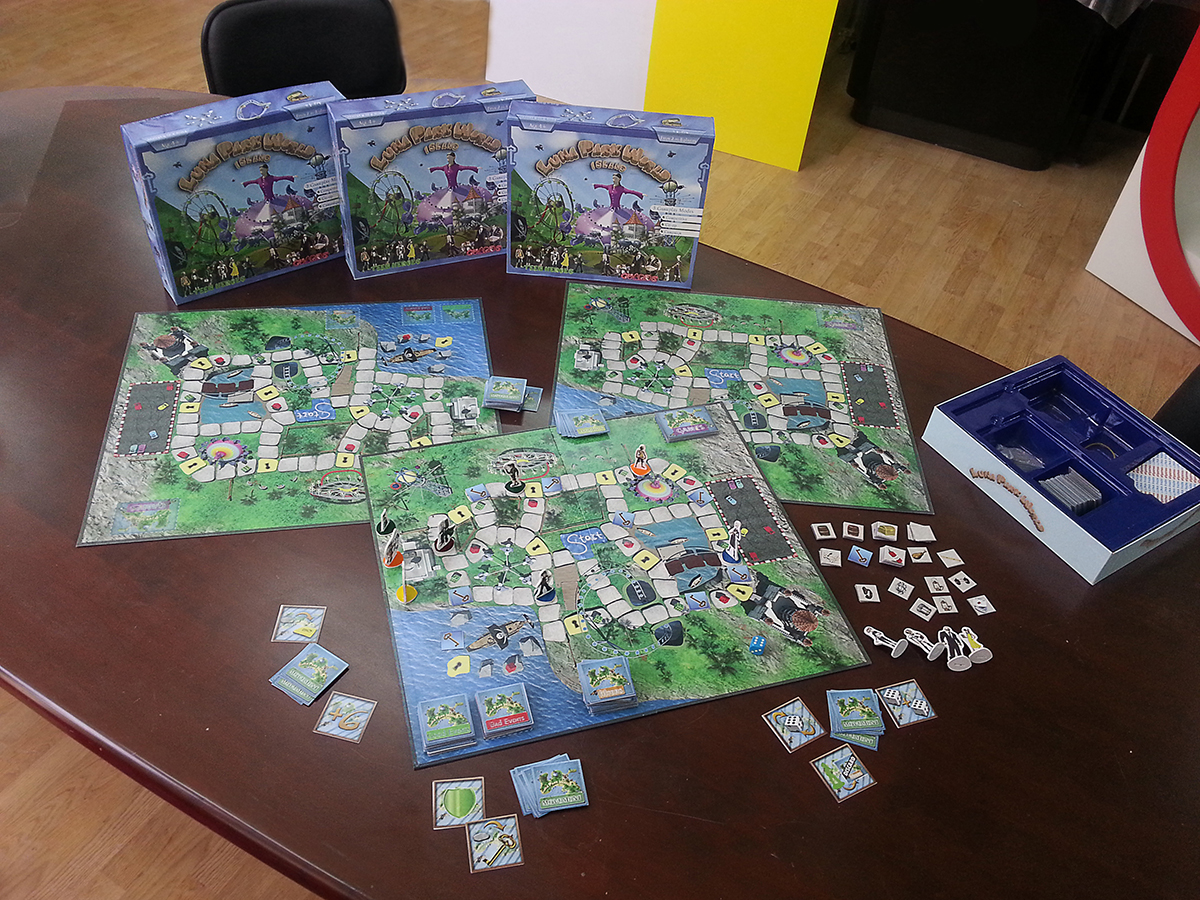